In 2010, I closely followed the BP oil spill in the Gulf of Mexico through the live video streaming of the oil leak. The image of the pipeline seeping oil clearly presented the earth as an organism to me, suffering from a faulty and altered system. I have since referenced the landscape in my work as a living, breathing entity, pulsing and layered with energies. My interests lie in capturing the ongoing shifting of power between mankind and the earth, as well as presenting the intermingling of manufactured man-made systems and subsurface, biomorphic configurations. 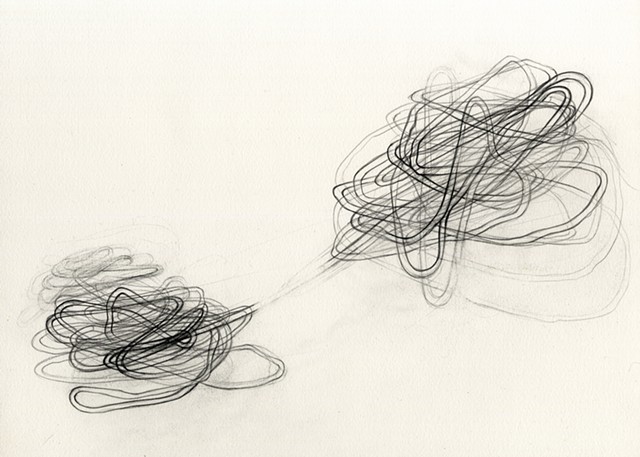 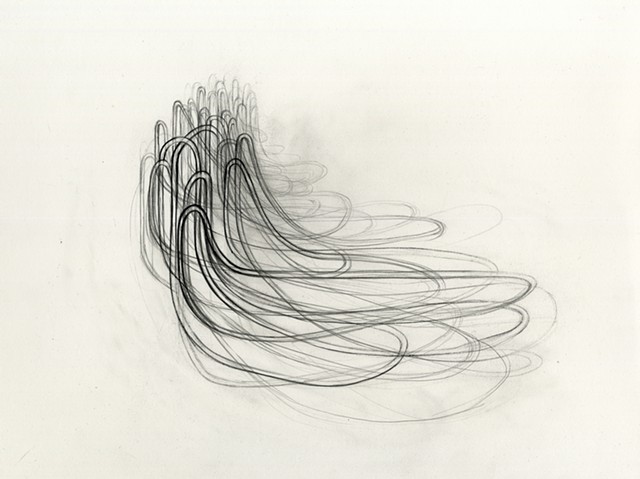 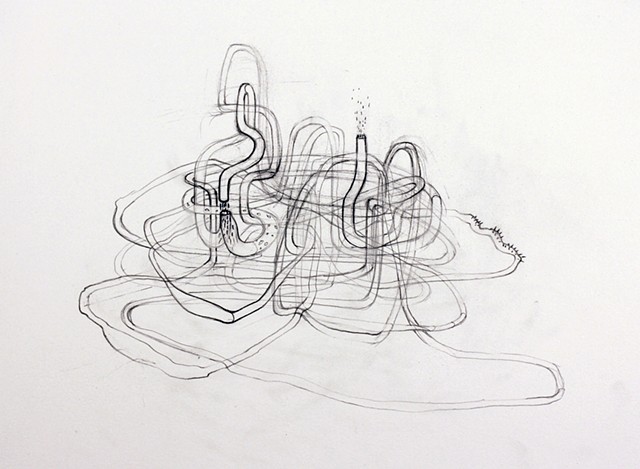 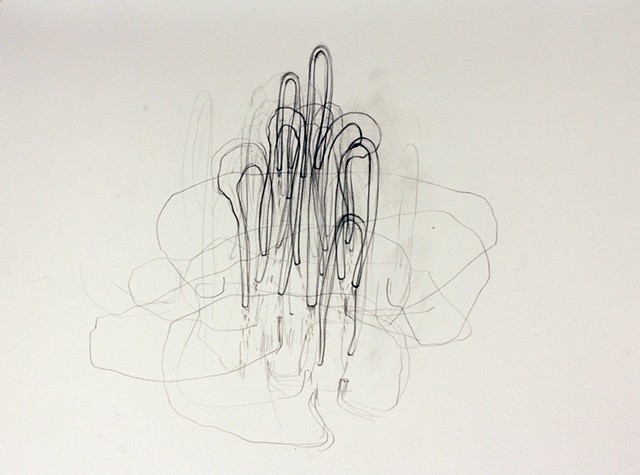 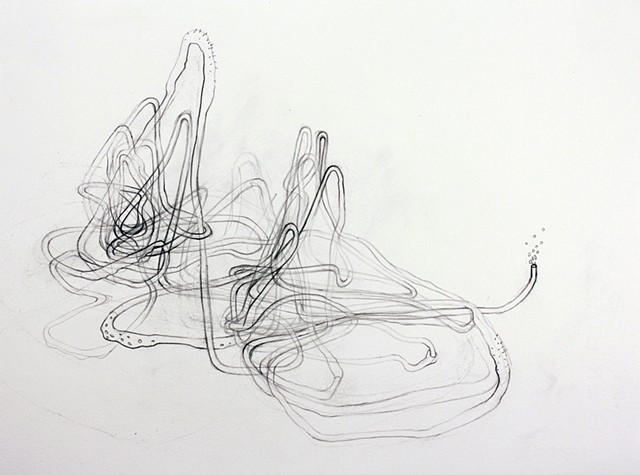 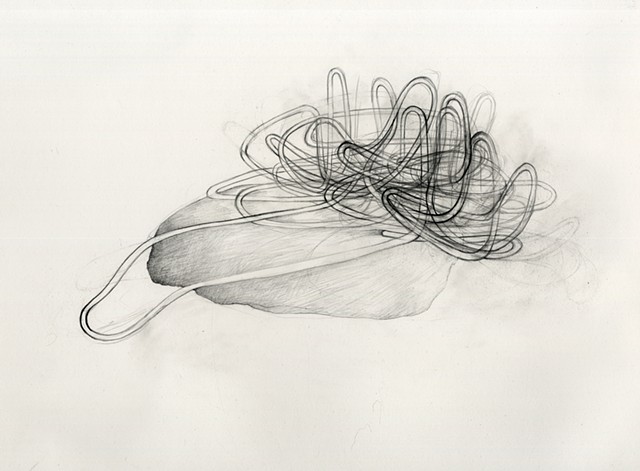 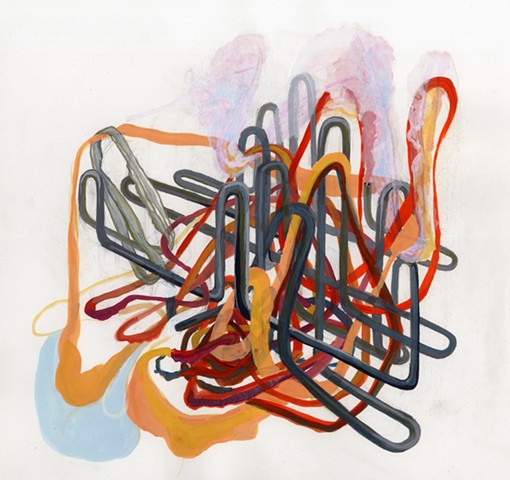 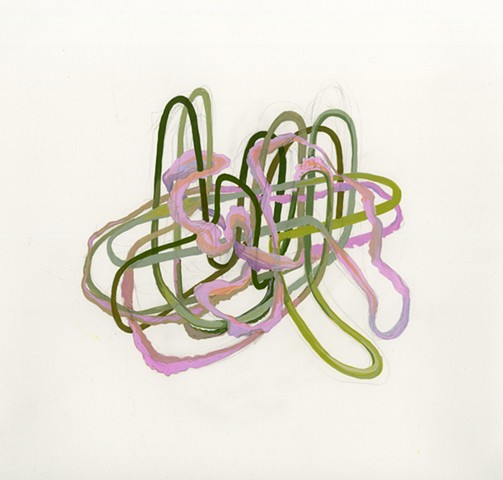 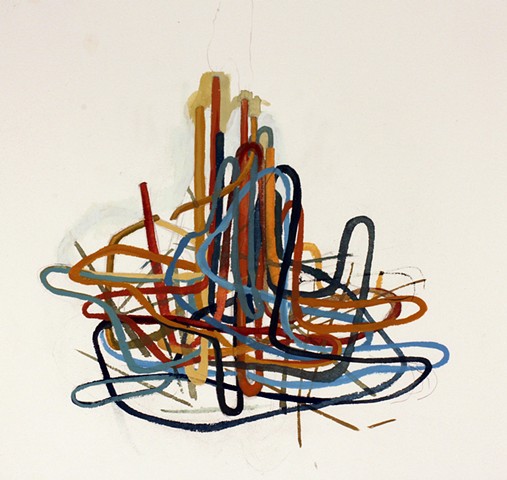 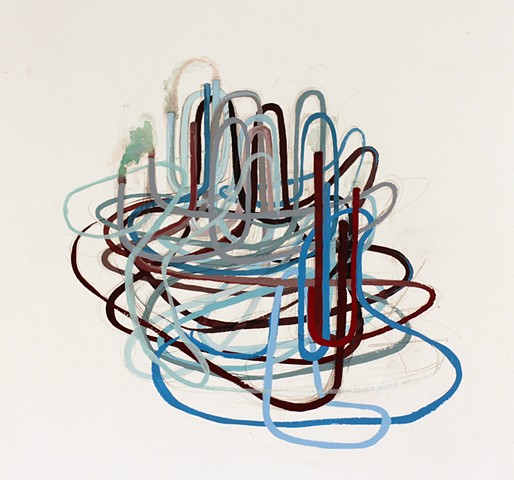 Exhaustible
Gouache and Graphite on Paper 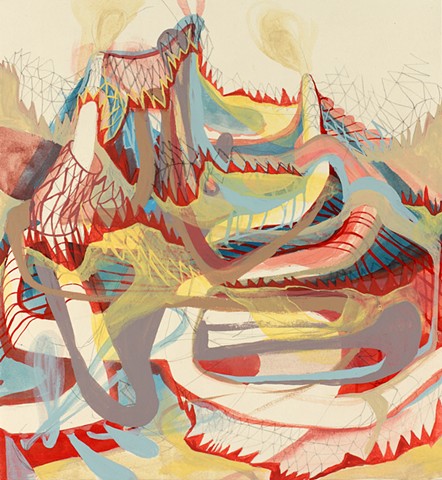 Barriers and Spreads
Acrylic on Paper on Panel
16" x 15" 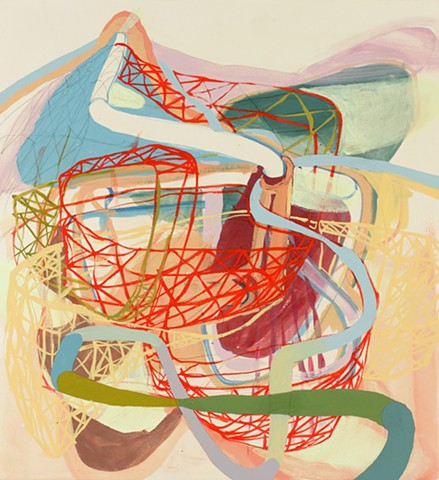 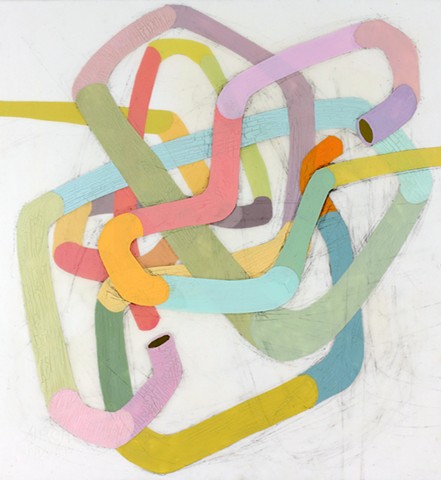 Splice
Acrylic and Graphite on Paper on Panel 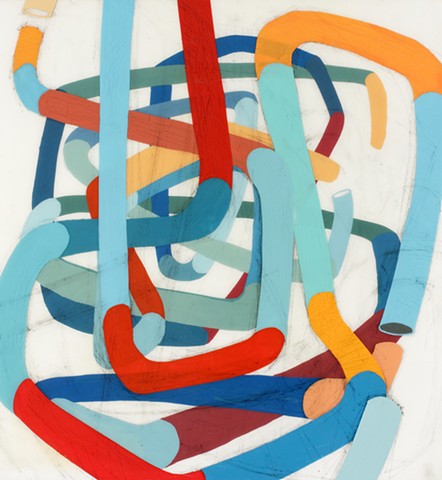 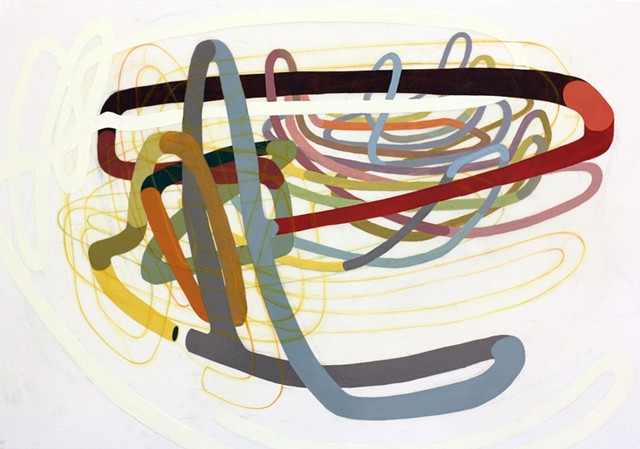 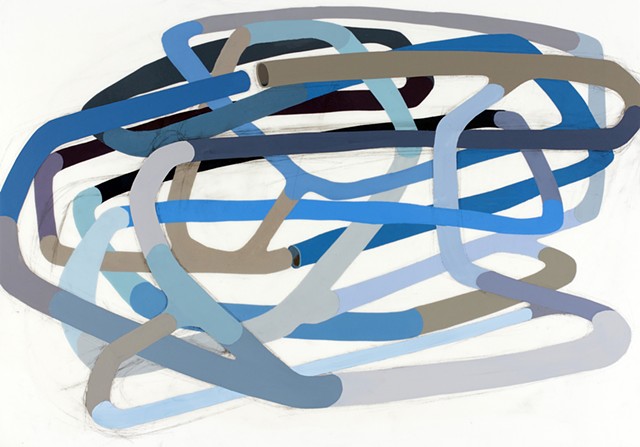 Plait
Acrylic and Graphite on Paper on Panel 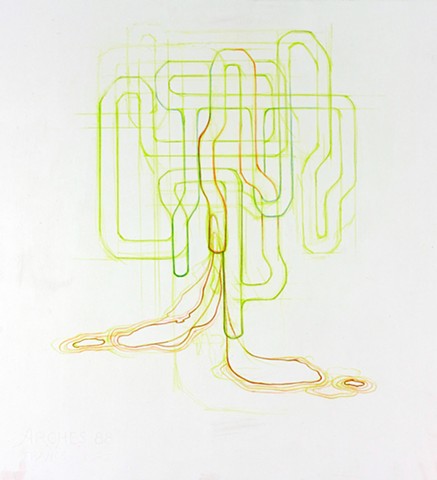 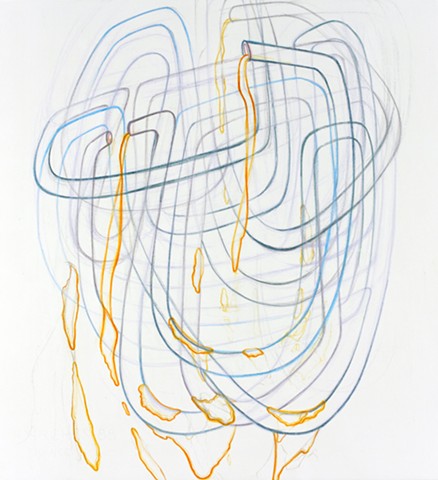 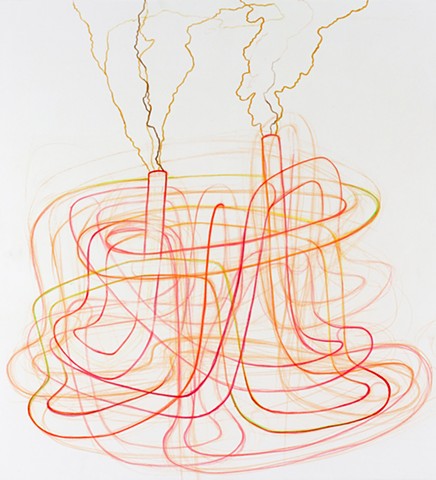 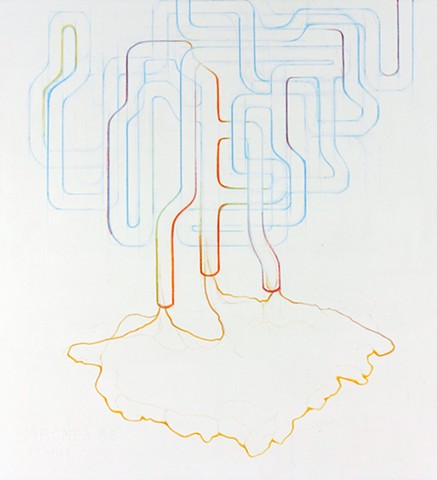 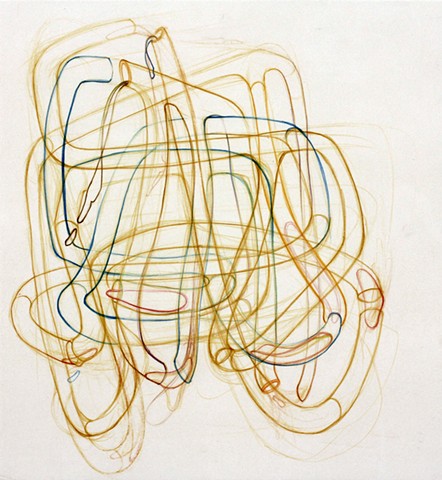 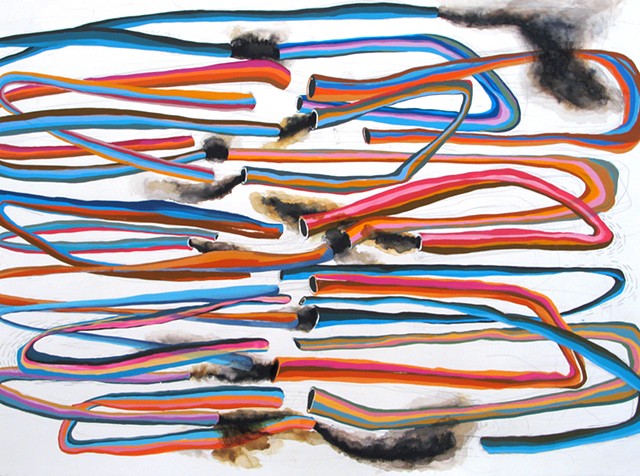 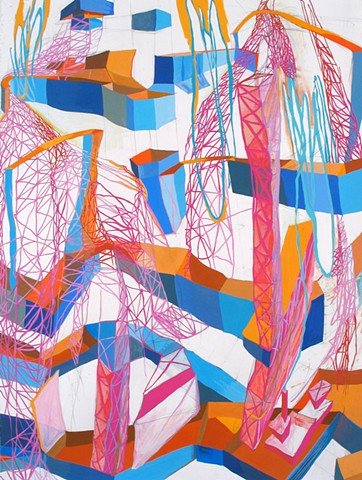 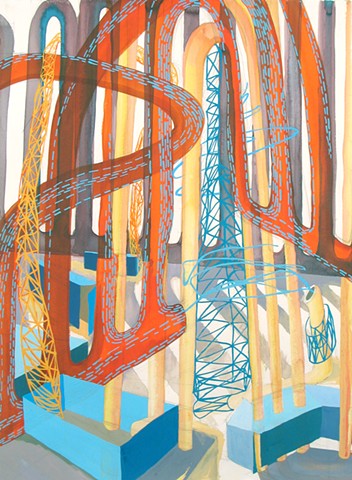